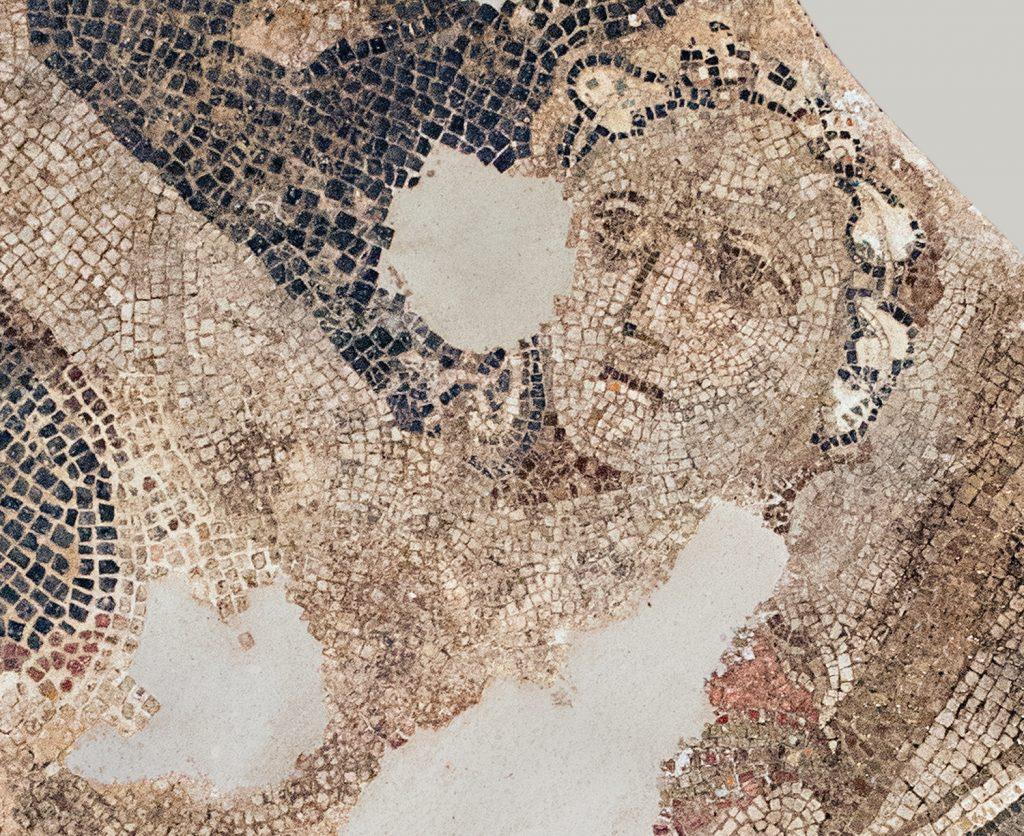 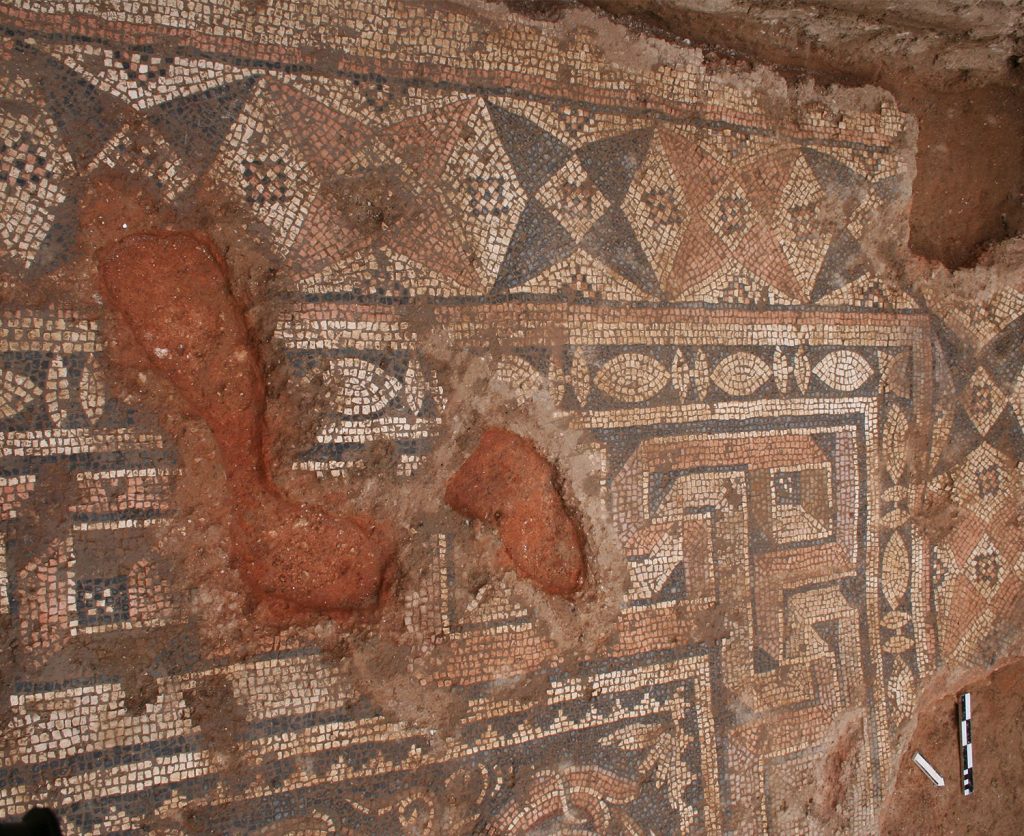 Mosaic floor on Dixalion Str., decorated with geometrical and vegetal motifs. This is very impressive due to its complex vegetal and geometric motifs, its intensely naturalistic style and the artist’s effort to make it look three-dimensional. Project: “Drainage of dirty rainwater – Waste water treatment plant of Same, Cephalonia” 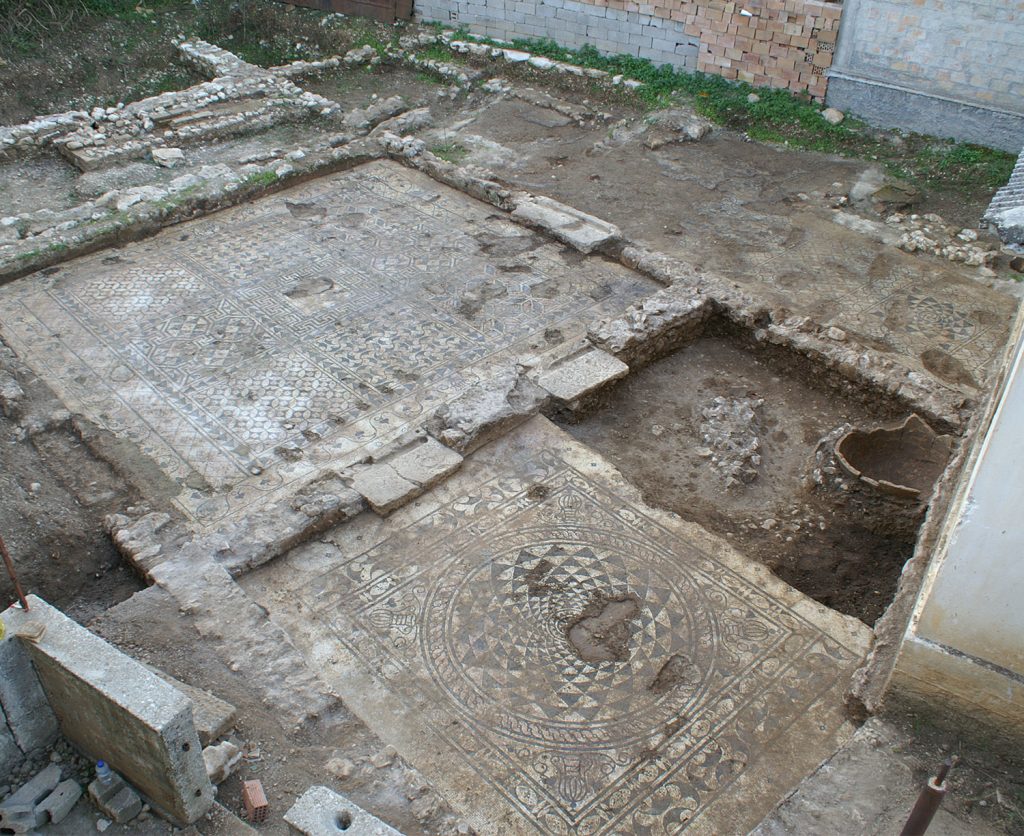 Mosaic floors in the Roman villa on Spetson Str. in Karalis plot. The villa’s floors are decorated with vegetal and geometric motifs, while a Dionysian scene survives in the centre of the central floor, which belonged to a room of a special formal function.

Mosaic floors in situ in the Roman villa on Spetson Str. in Karalis plot.
psifidota_2

The mosaic floors of Same

Mosaic floors stand out among the surviving remains of Roman Same’s buildings.

Mosaic floors that have been at times recovered in various excavations of Same, come from private and public spaces, they reflect the techniques and motives characterizing mosaic art in Roman and Late Roman Same, and represent the Roman way of life.

Generally, mosaic floors at Same seem to share in groups a common decorative vocabulary concerning their motifs and very often the way in which these are combined and the place they occupy, features that can almost certainly be ascribed to specific mosaic craftsmen – workshops. There is certainly a strong influence by contemporary workshops of the wider Roman world, of great Greek centres, such as Nikopole, as well as others in Italy.