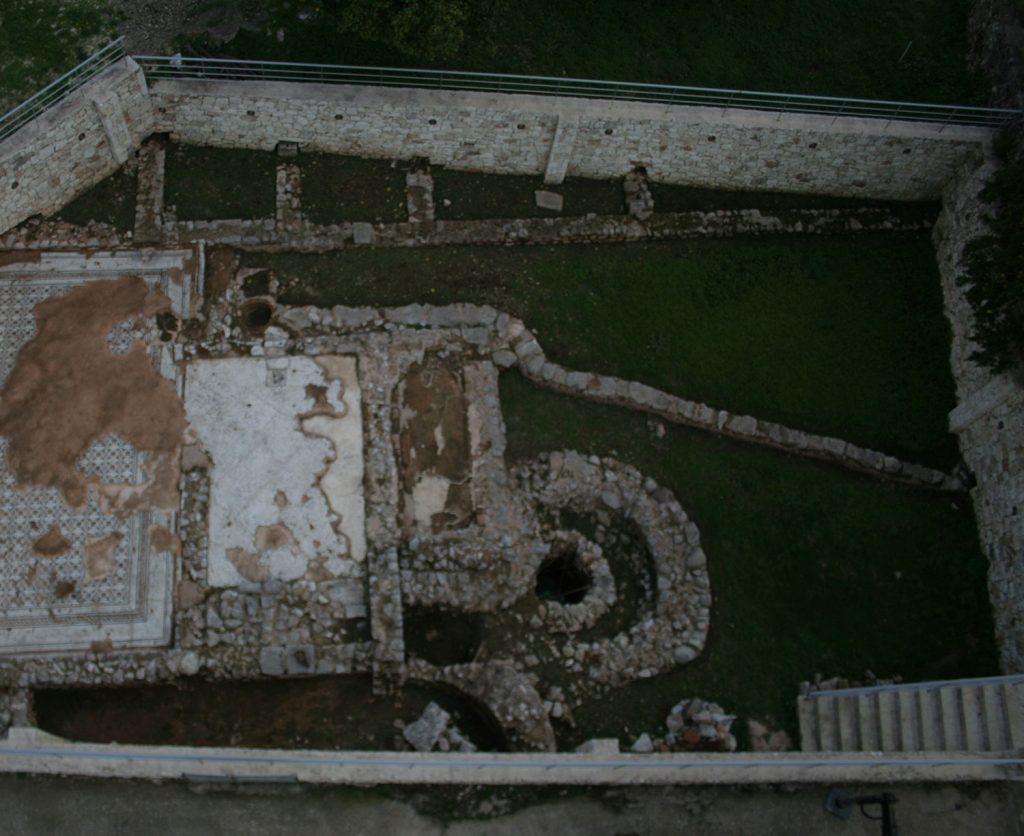 The Roman villa of Agia Euphemia

Part of a Roman villa was discovered in about the centre of the settlement of Agia Euphemia of Pylaros, at the junction of M. Antypas Str. and an unnamed street. The villa extends to a neighbouring plot to the SE, under the street level. The most outstanding rooms investigated are a central open-air space with a mosaic floor made of white tesserae, equipped with a stone drain for the collection of water rain, and on either side of this space a room of special function, decorated with a mosaic floor with geometric patterns and a small bath pool, ellipsoid at its short ends. Rooms continuing under the street to the NW were furnished with two niches and might relate to bath installations.

Conservation works on the mosaic floors executed in the context of the “Roman villas of Skala and Agia Euphemia restoration” project Interreg IIIA Greece-Italy, gave us the chance to realize that rooms decorated with mosaics were initially different, with simple floors, and acquired a more elaborate form in different time periods.