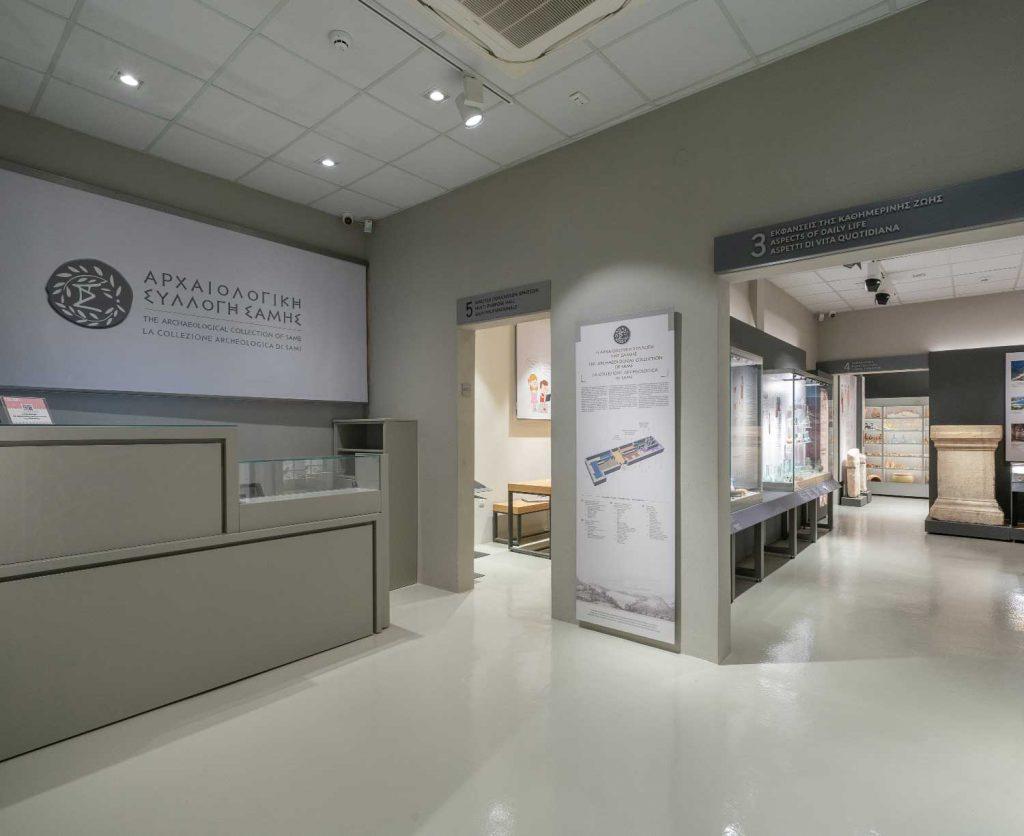 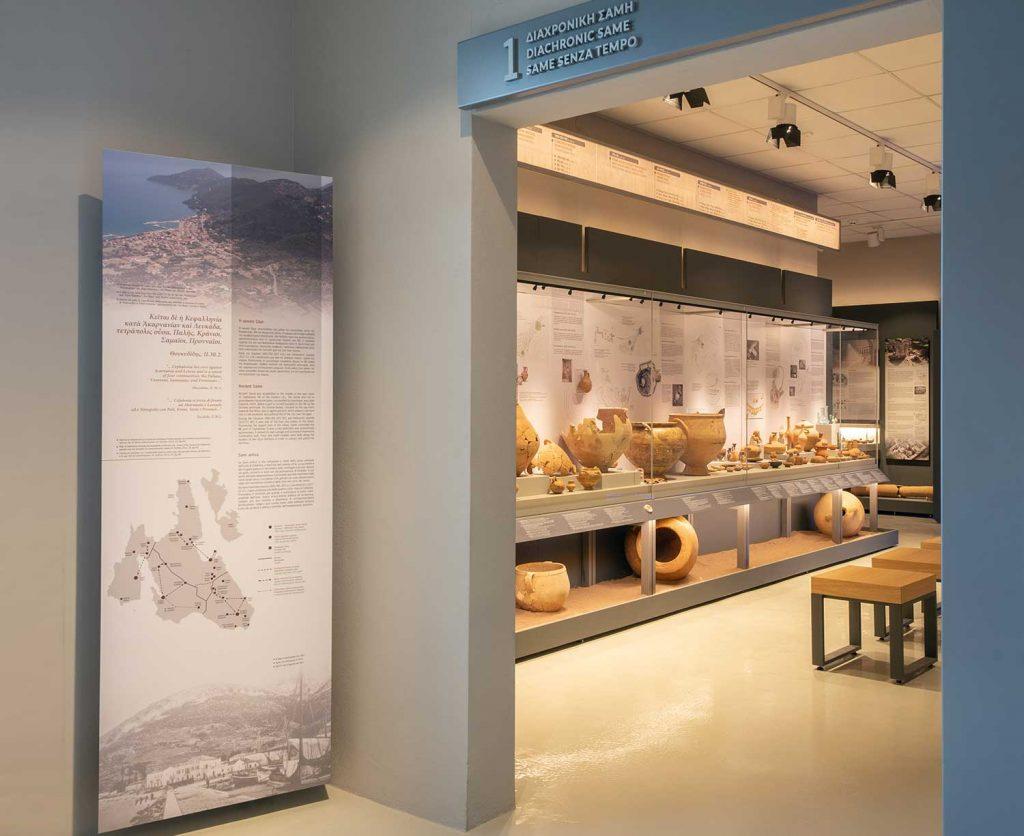 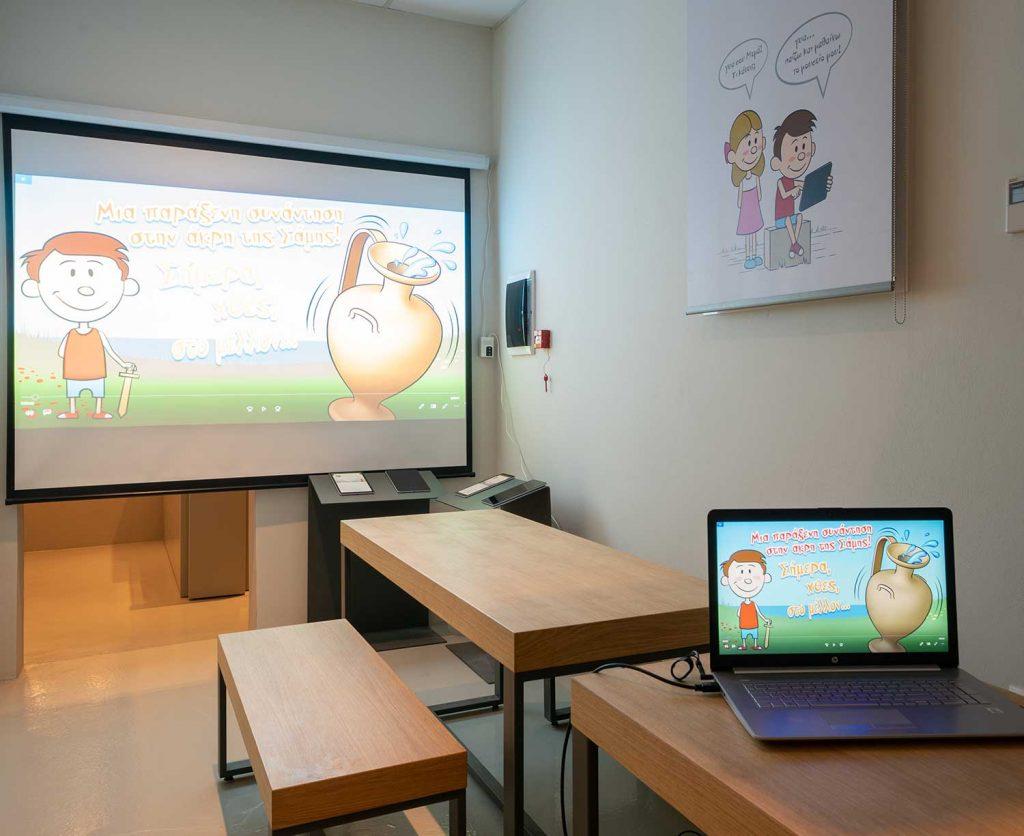 The creation of Same’s Archaeological Collection

The building of the Archaeological Collection of Same is situated in the central square of the city of Same, on Ioannou Metaxa Str., in the vicinity of significant visible monuments of the homonymous ancient city, around 5km far from its citadel. The great amount of archaeological finds, along with the continuous control by the Service over all building activities and technical works, and a series of limitations applied to building activities, have reinforced the constant demand of local residents for the creation of a space suitable for the exhibition of so many finds recovered in the past or even today during rescue excavations in the area. For this purpose, the particular building, which initially housed the offices of the Community of Same, was ceded by the Regional Directorate of Public Properties to the Ministry of Culture in 2001.

The completion of a series of studies in 2009 by the then Ephorate of Prehistoric and Classical Antiquities in the context of the project “Studies of Maturity and Preparation” of the “Culture” Program for the archaeological sites and museums of the prefecture of Kephallenia was the first step taken towards the creation of an exhibition space for the Archaeological collection. Besides, the restoration works on the citadel and the technical project ““Drainage of dirty rainwater – waste water treatment plant of Same Cephalonia 2000-2006” had been completed by then, having produced a great amount of finds, while also being a precious source of information for the mapping of ancient Same’s functions. At the same time, the relatively recent archaeological research in the area of Fiscardo led to the discovery of very significant monuments in the city of Panormos. Finds from the area of Fiscardo were also included in the Collection. A part of the square in front of the building was also ceded to the Collection by Same’s Municipal Union of Cephalonia’s municipality in 2009, in order to house the exhibition of mosaic floors which were discovered during excavation research at Same and were not possible to preserve in situ.

In September 2013, the project “Restoration and Creation of the Archaeological Collection of Same and exhibition of mosaic floors” was included in the Operational Program “Competitiveness and Entrepreneurship” of the National Strategic Reference Framework (NSRF) for the 2007-2013 period. Later, on 29-12-2016 it was included as a transferred project in the NSRF 2014-2020 “Ionian Islands” Program.

The completion of the whole project was a complex process, starting from the restoration of the Archaeological Collection building, carrying on to the recording, conservation and exhibition of finds, as well as the use of multimedia application for the best support of the exhibition, and reaching to the landscaping of the surrounding area.

The exhibition is structured in five rooms, each one of which hosts a thematic section represented by finds from Same and the wider area, which is identified with the one thought to be controlled by the city-state of the Classical and Hellenistic period. The first section displays the diachronic habitation of Same since the Early Bronze Age until the Early Byzantine period. The second section is devoted to the water element and its role in the city’s history, and the third section displays different aspects of human activities. In the fourth section numerous artifacts represent burial practices of the inhabitants of Same and Panormos. Finally, Room 5 is devoted to multimedia applications and educational programs.