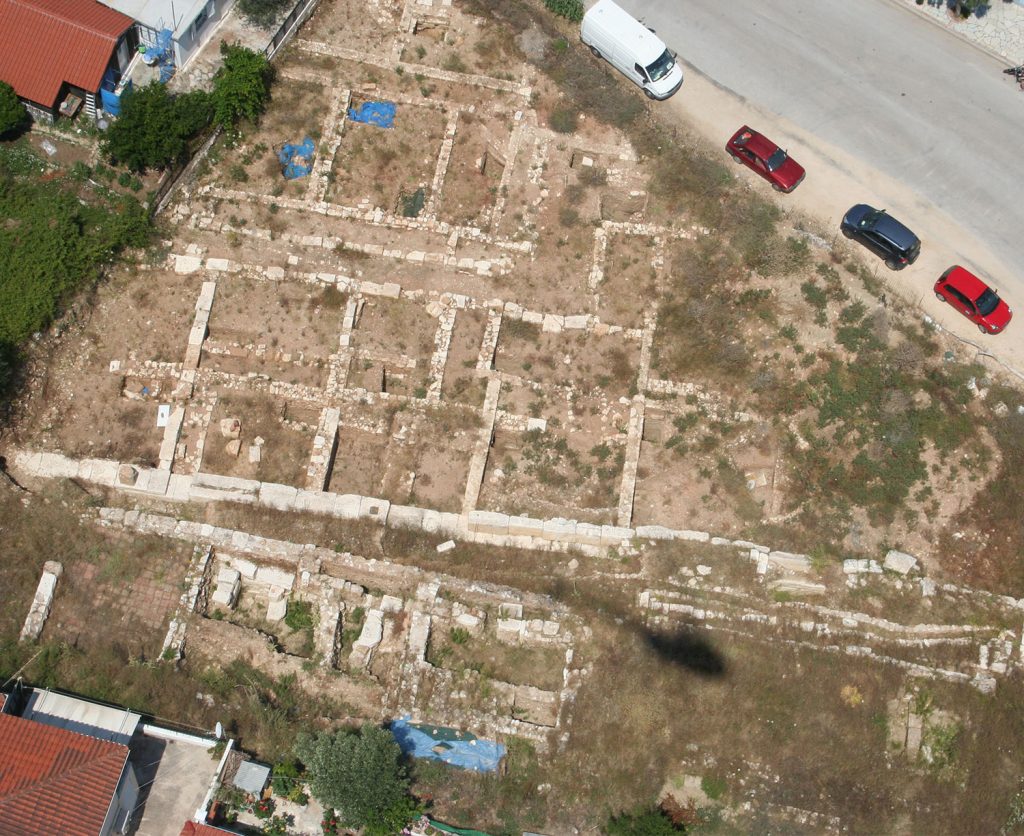 Buildings of Roman times in front of part of the city’s former (Hellenistic) coastal fortification wall.

Rescue excavations conducted at the former Flamiatos plot, on the coastal Navarinou Street, at the site of Loutro, revealed part of the city-state’s coastal fortification wall, while building remains of the Roman period were found on either side of the wall, a representative example of Roman city architecture. Due to their immediate proximity to the port, building remains here related to the Roman city’s commercial centre. They are arranged into four at least building islets (blocks) and some of them are lined up on either side of alleys (narrow streets), one of which hosted a stoa. Rooms with pithoi were among the identifiable rooms of the buildings. Here, clay pithoi of large dimensions were found in situ.