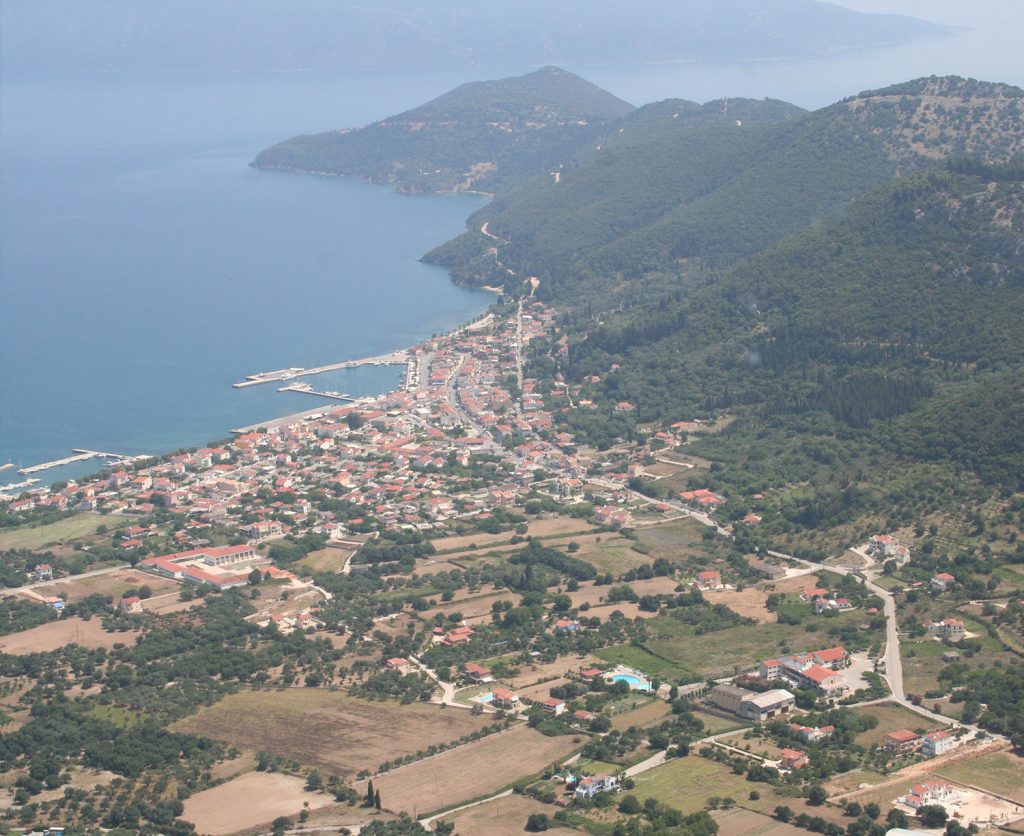 Same’s bay as it is nowadays, the fertile surrounding plain and the hills upon which the citadel was located.

Same’s bay as it is nowadays, the fertile surrounding plain and the hills upon which the citadel was located.
istorika_sami_1 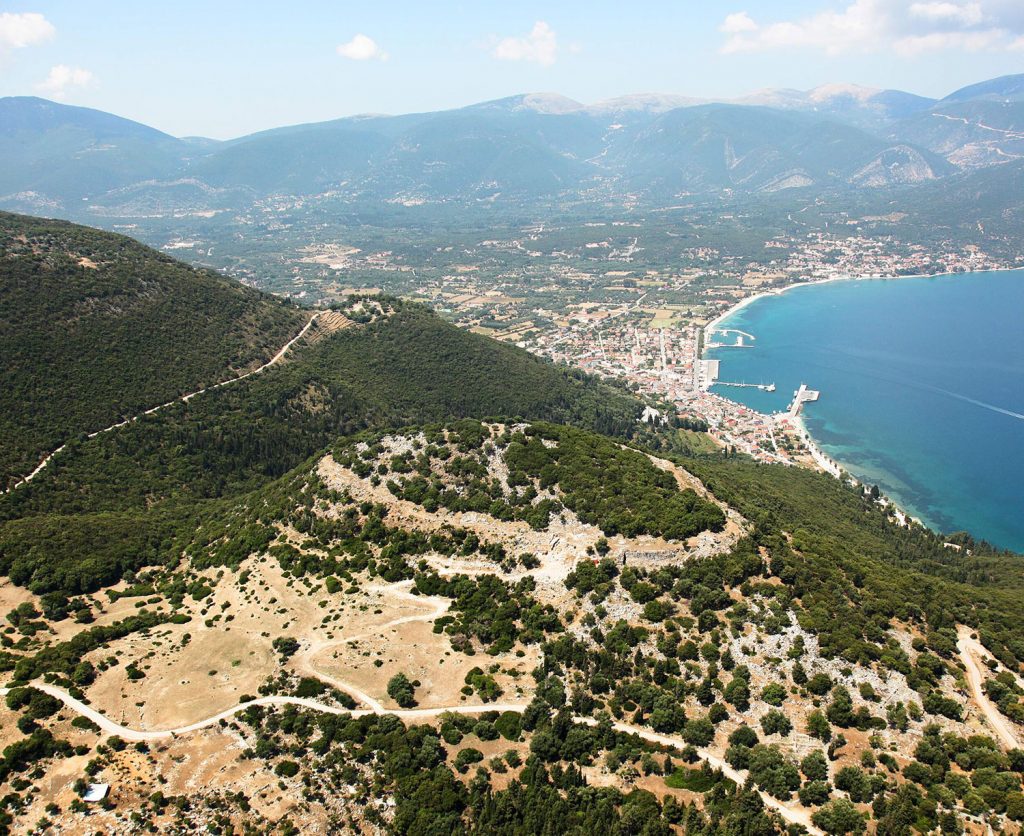 Same’s citadel viewed from east/ NE: the Palaiokastro – Arx Major hill, the hill of Kyatis – Agioi Fanentes to the south and Same’s bay. 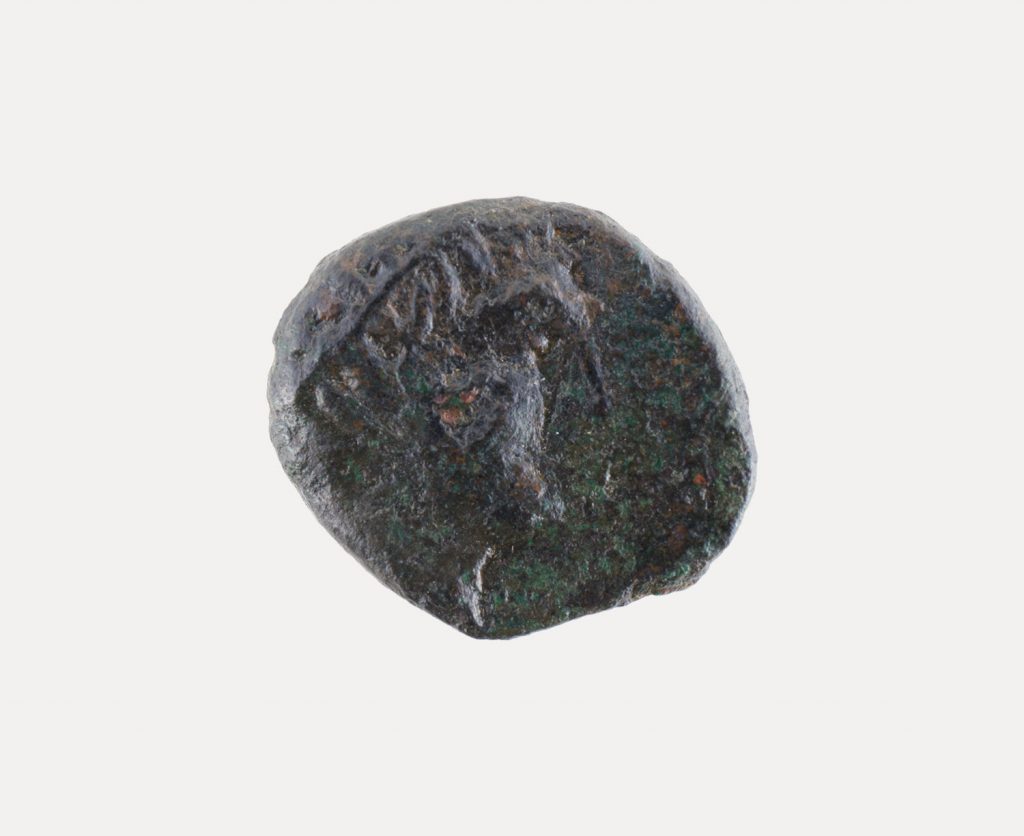 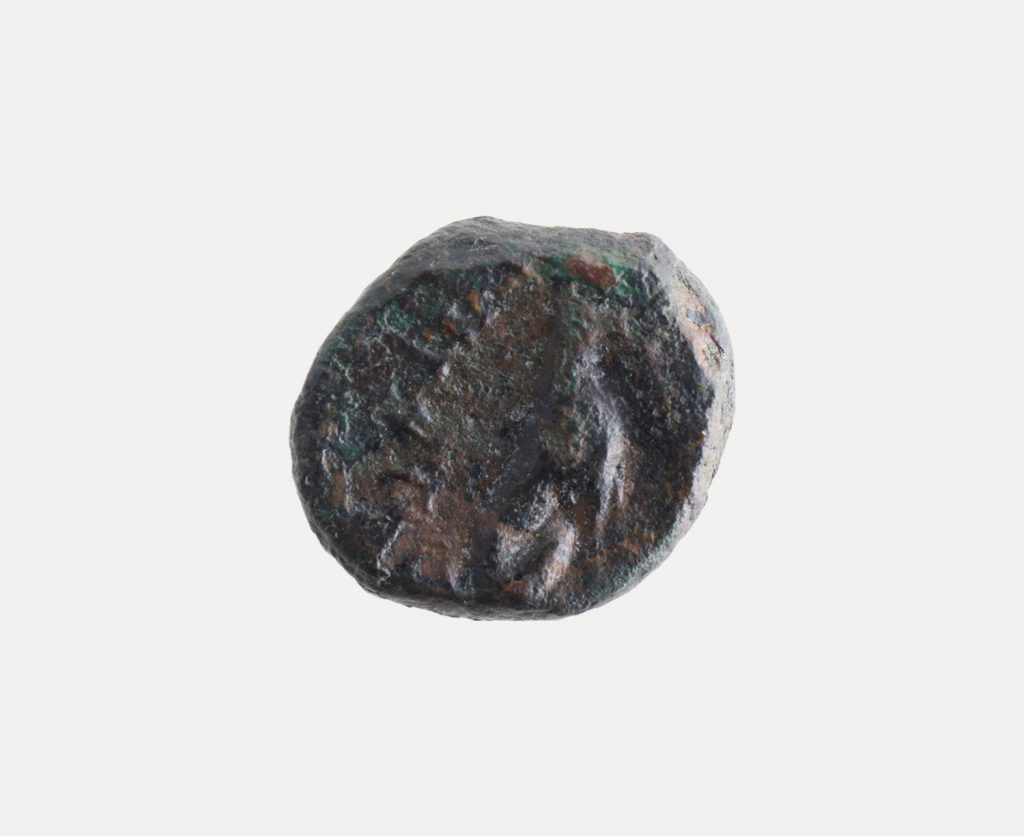 Ancient Same was founded in the east part of Cephalonia, on the coast of a spacious bay, at a naturally strategic location opposite the Corinthian Gulf. The surrounding fertile plain, crossed by a torrent, and Mountains Roudi and Evmorfia are parts of the area’s geomorphology, which contributed to the inhabitants’ engagement in the sea, in agriculture, animal husbandry and hunting, while also having a share in the exploitation of Cephalenian firs, which were ideal for the construction of war ships. Continuous human activity is attested at Same since the EH period, while Same’s development into one of the four city-states of the island – Same, Krane, Pale, Pronoi – dates to around the beginning of the 5th cent. BC: «κεῖταιδὲ ἡ Κεφαλληνίαν κατά Ἀκαρνανίαν και Λευκάδα, τετράπολις οὖσα, Παλη̃ς, Κράνιοι, Σαμαῖοι, Προνναῖοι» (Thucydides ΙΙ,30,2). The issuing of coins and the construction of a fortification wall for the protection of Same’s population, being necessary pre-requisites for the autonomous function of a city-state, were apparently initiated at that time. Same’s territory seems to have included the NE part of the island, not only its plain, but also the Koulourata valley, Pylaros’ valley and Erissos peninsula. The habitation nuclei were located at the west foot of the citadel’s hills “Kyatis” or “Agioi Fanentes” and “arxmajor – major citadel” or “Palaiokastro, while the city’s four cemeteries stretched around it (to the North, South, East and West).

In general, the location of the island on the sea routes running from and to the West, contributed decisively to the history of its four cities, the citizens of which were at times forced to participate in coalitions against significant opponents either all together or on their own. ἡ γὰρ Κεφαλληνία κεῖται μὲν κατὰ τὸν Κορινθιακὸν κόλπον ὡς εἰς τὸΣικελικὸν ἀνατείνουσα πέλαγος, ἐπί κειται δὲ τῆς μὲν Πελοποννήσου τοῖς πρὸς ἄρκτον καὶπρὸς ἑσπέραν μέρεσι κεκλιμένοις καὶ μάλιστα τῇ τῶν Ἠλείων χώρᾳ, τῆς δ’ Ἠπείρου καὶ τῆς Αἰτωλίας ἔτι δὲ τῆς Ἀκαρνανίας τοῖς πρὸς μεσημβρίαν καὶ πρὸς τὰς δύσεις μέρεσιν ἐστραμμένοις» (Polyvios: Ἱστορίαι 5.3.9 – 5.3.10). It is known, for example, that the Kephalenian fleet participated in actions of the Aetolians during the League war (220-217 BC) (Πολύβιος:Ἱστορίαι4.6.1 – 4.6.2, 4.6.8), after Cephalonia had been annexed to the Aetolian League earlier in 226 BC.

Cephalonia’s strategic location was the main factor that led to its conquest by the Romans, for whom the Ionian islands were going to be the stepping stone for their expansive plans to the East. The events before and after the cities’ conquest are described by the Roman historian Titus Livius (Livius 38.28.5 – 38.30). Same’s citizens were the only ones who resisted the Roman threat. In 189 BC, although they too had agreed to surrender to the Roman Consul Marcus Fulvius Nobili and to give 20 hostages, like the citizens of the three other cities, they suddenly changed their mind, shut themselves inside their walls, and resisted the Roman siege for four months. Being aware of their city’s privileged location, they possibly thought that the Romans would force them to abandon it. Finally, in January 188 BC, the Romans, assisted by Achaean slingers, managed to enter Kyatis and conquer the city, which they looted. The citizens were then sold as slaves and a Roman guard was placed at the city. The destroyed city’s richness and military power are reflected in lootings transported to Rome by Marcus Fulvius for his triumph in 187 BC (Livius 39.5.13 – 39.5.17).

Same’s fall marked the island’s total surrender to the Romans and the transition to a period of decline, which seems to have been soon overcome, since excavation evidence proves that the cities resurged.

Same’s rebirth in Roman times is reflected in monuments discovered under the modern town. The Roman city extended now outside the Classical and Hellenistic fortification walls, while the overall picture is composed by bath complexes, public and private buildings, often decorated with mosaic floors, workshops and artisans’ installations, as well as buildings related to trade. The architectural types and structures and the excavation finds attest to influences from major known centres of Mainland Greece and Italy, as well as to intense trade activity with products travelling from and to these centres.

Ever since then, the city carried on being inhabited uninterruptedly, while changes occurring over time are reflected in the ancient city’s remains and its later monuments. 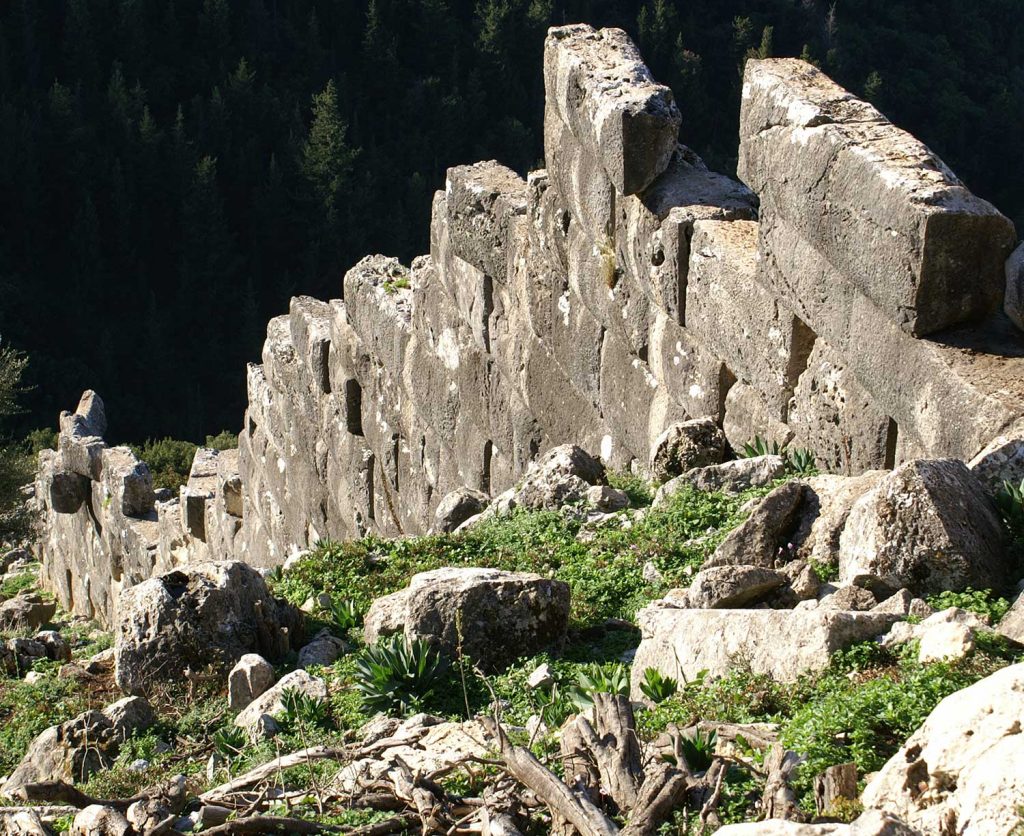 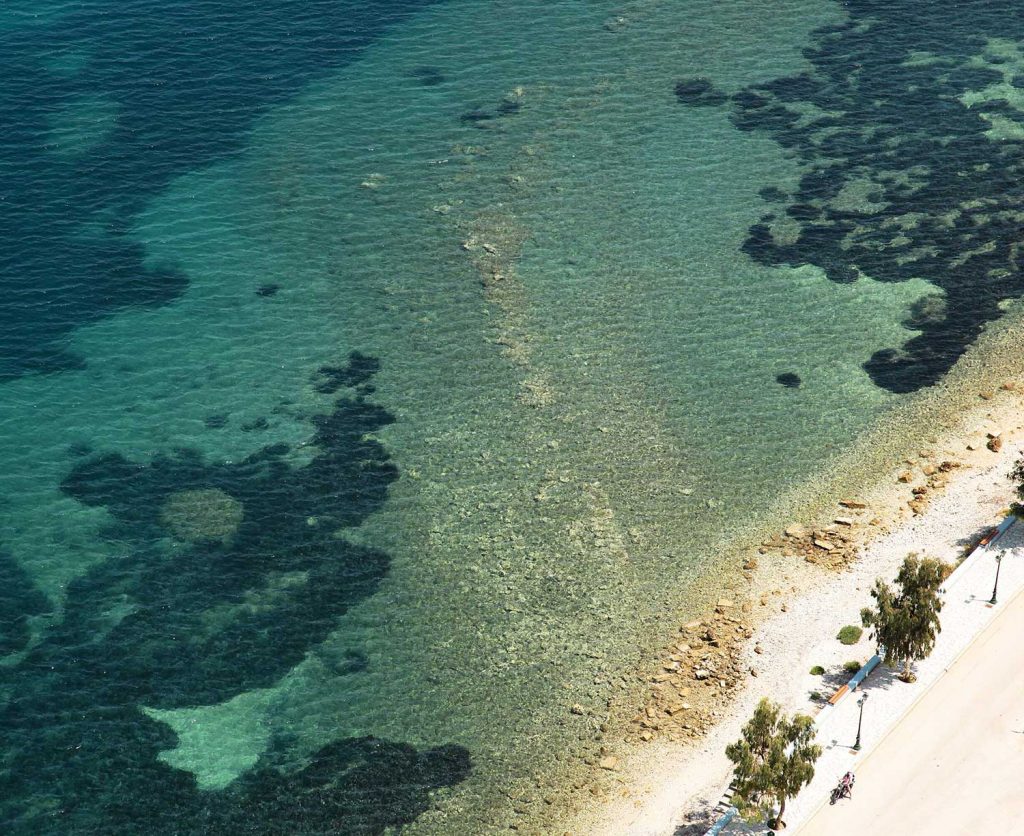 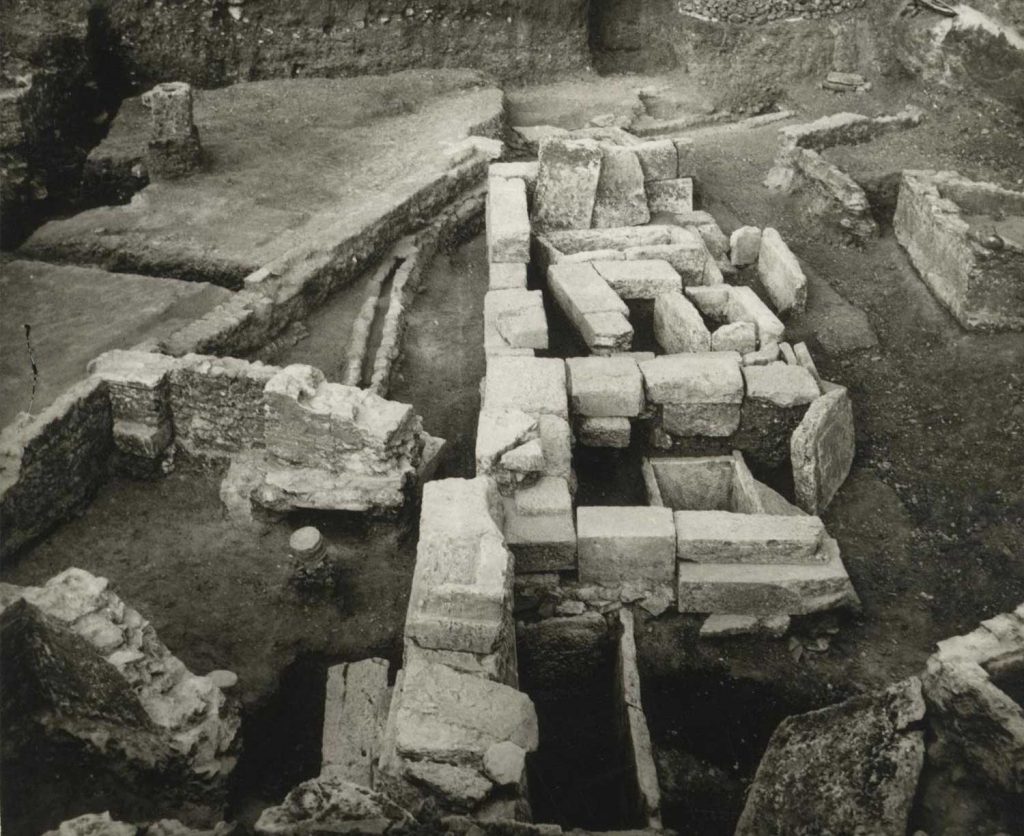 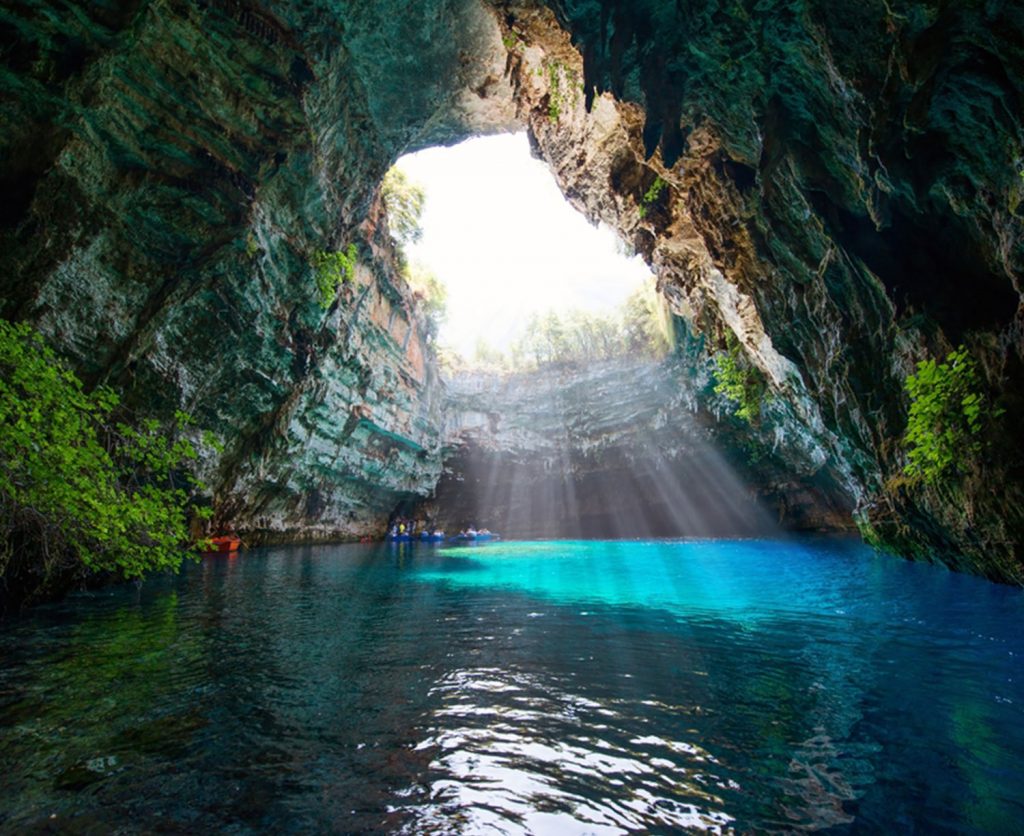 The cave of Melissane 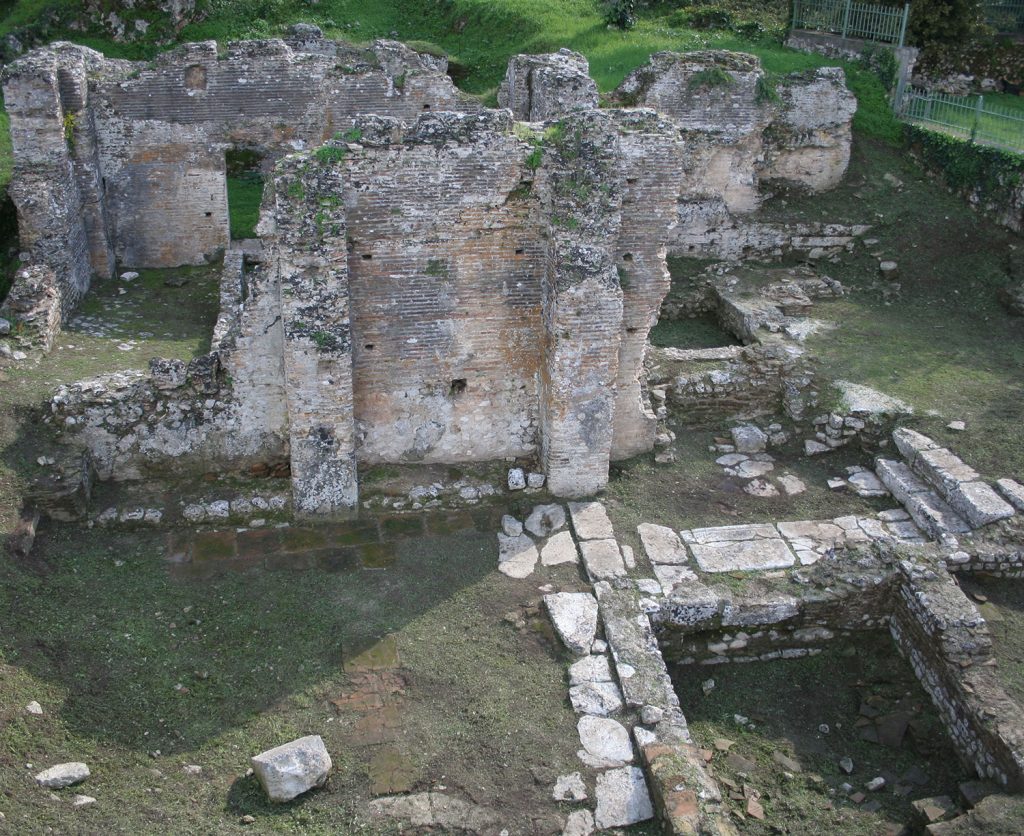 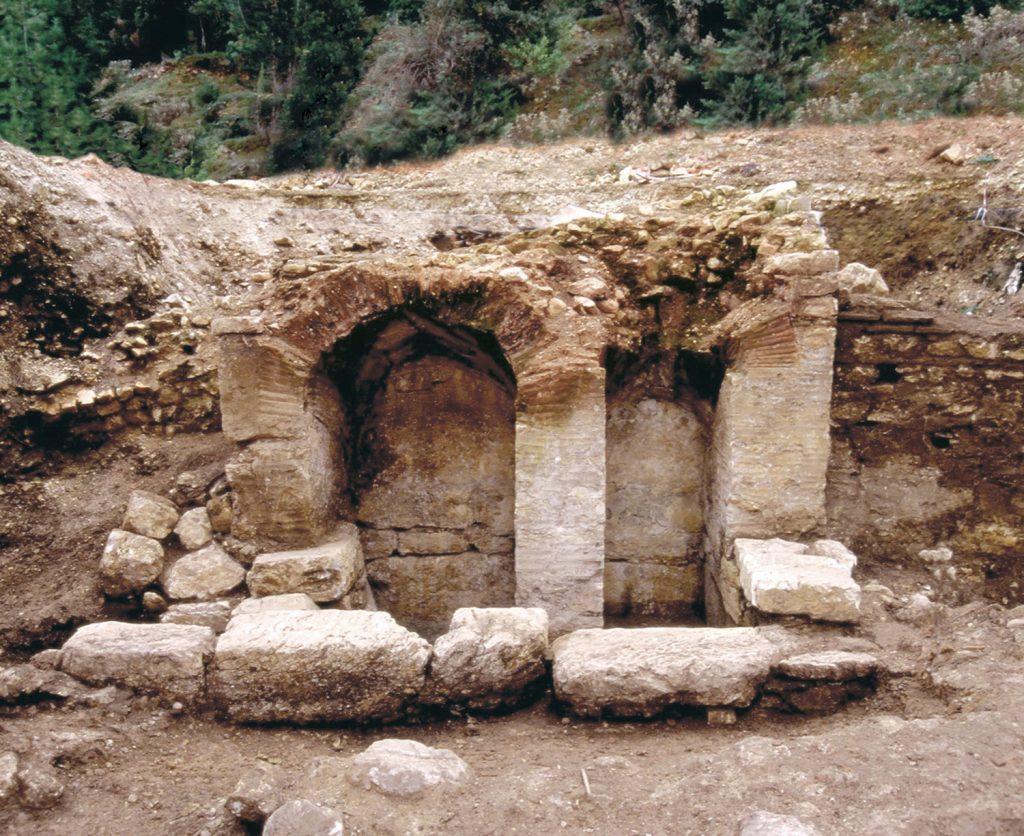 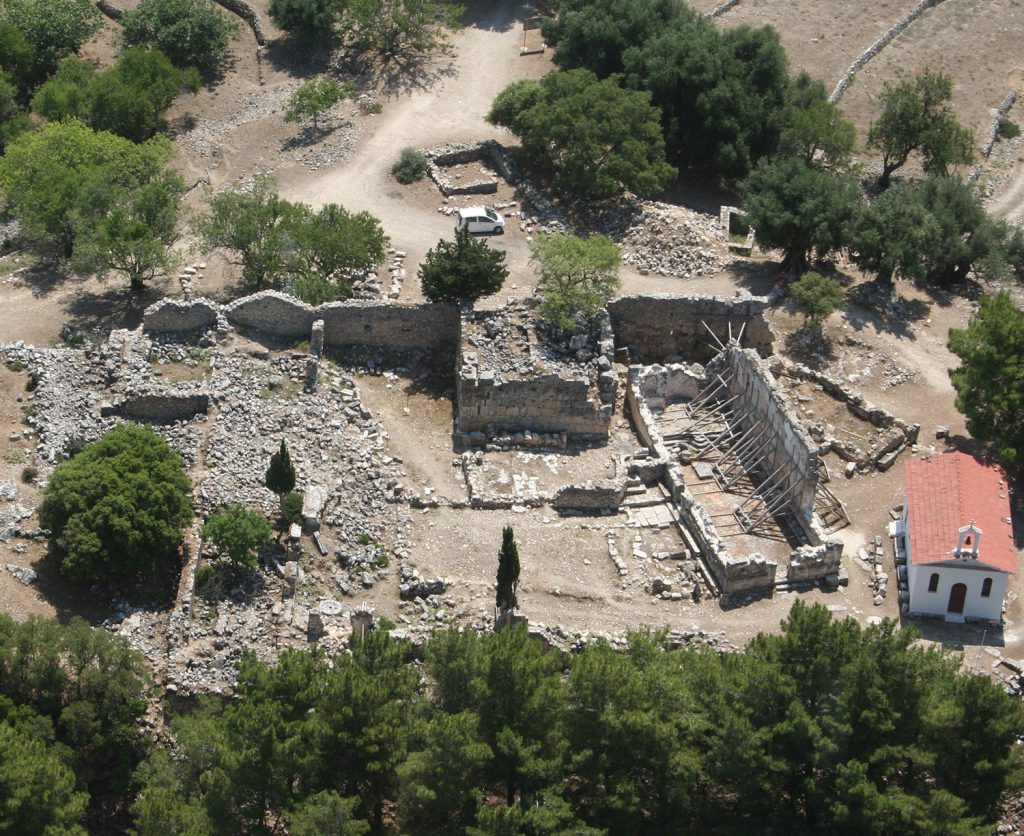