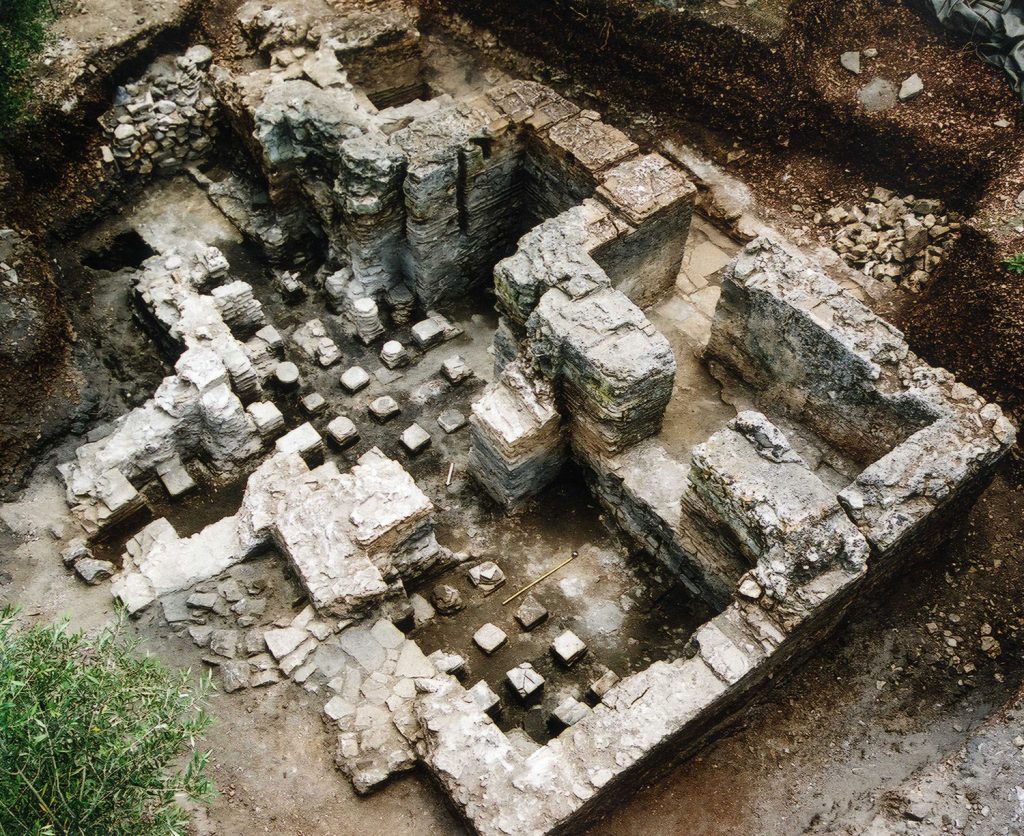 Baths in the Agios Andreas Bay at Fiskardo

Baths in the Agios Andreas Bay at Fiskardo
rwmaika_loutra_panormou_1

A bath complex of Roman/Late Roman times survives in the Agios Andreas bay, at the SE end of modern Fiskardo, which is possibly identified with the end of the ancient city.

The revealed part of the building is oblong and includes the following rooms relating to the bath process, a caldarium (hot room), a tepidarium (room of moderate temperature) and a small water-pool. A paved corridor along its SW side leads to the ante-chamber and then to the tepidarium, which communicates with the caldarium. The latter occupies most of the building and is cross-shaped in plan. Fire was lighted in the praefurnium at the SE edge of the building in order to heat the caldarium.

The baths’ location a few metres off the coast possibly played a certain role in its function or at least contributed to the purposes of the bathing process: relaxation, well-being, entertainment as well as healthy living and cure. Its location close to the cemetery might have ascribed an extra role to the complex: purification after burial rituals.